Shauna Prewitt’s story of finding love and hope in the darkness, as told on the Unbroken Ireland Tour 2017.

I was a 21 year old university student when I was raped, and to say this altered every single aspect of my life is really an understatement. The best way I can describe how I felt after my rape, is that it really felt like a death. I was just a shell of a person, I no longer recognized myself, I was now fearful and scared, and I felt as if I had nothing to look forward to.

The nights were very much the hardest for me because it was during those times that I felt absolutely alone. I would often go into the bathroom and I would lay on the floor, on a very cold floor, because there was just something about the difference between my body heat and that cold floor that was like a little jolt of light, of life. It just made me feel alive if only for a second. It was a very difficult time.

Around the same time I was having some health issues, and so I went to go visit my doctor and I found out from my doctor that I was pregnant. I was so shocked: I was young, I was 21 and I didn’t have a job, I didn’t have anything lined up, I had no money, I had no income, I didn’t know what I was going to do. My doctor then told me that there might be some other health issues going on and asked me to have a sonogram. So for the very first time in my life, I had to have a sonogram, and I saw on the screen what looked to be something moving very very quickly.

I asked: “Is that the baby and is everything ok?” And she said: “Oh no, it’s perfectly fine,” and she flipped a switch and I heard b-boom, b-boom, b-boom, just perfectly in time with that little vibrating thing. She told me: “right now the baby is just so tiny that every single time it’s heart beats, it vibrates its entire body” I was just so touched by that, that I said “Well, that baby is all heart”.

“My daughter saved me from the darkness after rape”Shauna 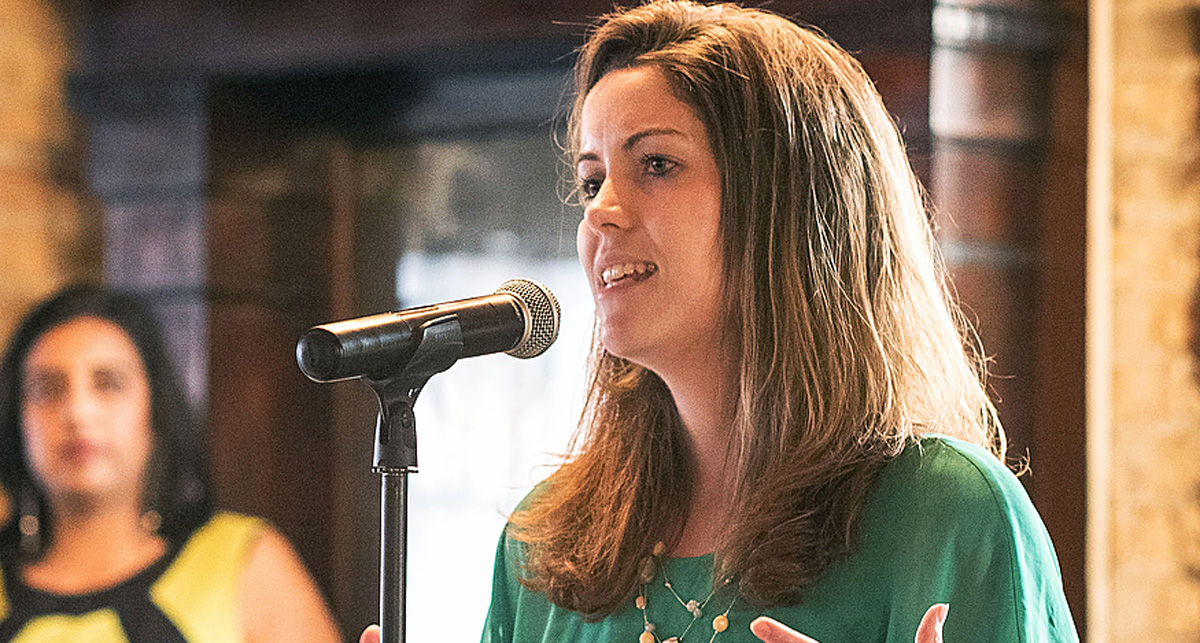 There was something just kind of amazing to me about this, that a body that felt dead was somehow growing and fostering life, and that was astonishing to me. It was a little bit of something to looking forward to, a little bit of a hope that drowned out the voices around me that were telling me: “You’re 21, you don’t have a job, this is going to ruin your entire life and you’ve been raped”. There was one very special woman who told me “You can do this, you’ll be ok”. I trusted her, and several months later, I gave birth to a very beautiful little girl.

I decided not only to give birth to her but I wanted to raise her, and I was committed to finding a way to do it. I got very lucky, my very first job after graduating from university was a job that allowed me to bring her to work with me. So the first two years of her life, she would come to work and sometimes she would be in a playpen but she was there. I applied to law school, and so off we went, she was not even two years old and we started law school together, and three years later I became a lawyer. My very first day as a professional lawyer was also her first day at kindergarten.

I was in Dublin, and I got to see a little bit of the March for Choice, and I noticed that one of the signs a lot of people were carrying said this, “My body, my choice” and I thought this statement made no sense because what its really saying is “My choice versus my beautiful daughter’s life”. I don’t understand where in society we ever said this, that the ‘choice’ gets elevated over the ‘life’.

When we as a society talk about the pregnant raped woman, it’s almost always in the context of abortion. The argument usually goes something like this: “We have to have access to abortion because think about the pregnant raped woman who we force to give birth to a rapist’s child, and who will be forced to relive the monstrosity of a rape for another nine months.” I have to say that language makes me sad, because the beautiful little girl I gave birth to will be thirteen years old soon. So she has become a part of this narrative now, and she knows where she came from, because in our household we don’t keep secrets.

When she finally learned about where babies come from, she had a question for me, and that question was: “Mum, I know you didn’t date my dad, I know that you don’t really know much about him, and I know you have said he hurt you, so why in the world would you do that with him?” So my answer back to her was “Honey, when I told you he hurt me, that’s how he hurt me, he forced me to do that.” She just started sobbing, huge tears and every part of me, just wanted to hold her and cuddle her and tell her “You know what I love you, I don’t think any less of you, you are not the rapist’s child, you are absolutely my child.” But thankfully I said none of that, because after she cried a bit, she pulled back and she looked at me, and she said “You know Mummy, I am just so sorry that happened to you, but at least you have me.”

“You know Mummy, I am just so sorry that happened to you, but at least you have me.”
Shauna

Shauna (on the right of photo) with other women from the Unbroken Tour with Michael Collins, TD, after meeting in Dáil Éireann