We were forced to change the venue for the hugely important Unbroken talk on Thursday in Dublin, when the Gibson hotel cancelled because of the threat of pro-abortion protests. That the hotel allowed rape survivors to be silenced because of bullies and extremists pushing abortion is absolutely shameful.

Nonetheless, these women will not be silenced, and on Thursday and Sunday this week, women impacted by pregnancy from rape will speak out in two crucially important meetings in Dublin and Cork. This is a rare occasion to hear from women whose trauma is often exploited by abortion campaigners, but whose own voices are almost never heard. Please make a very special effort to attend – Thursday, 8pm in the NEW venue of the Spencer Hotel in Dublin and Sunday, 4pm in the Silver Springs Hotel in Cork. See below for further details. Due to this, we are asking that people make a very special effort to stand in solidarity with these women and to show support against the abortion extremists and those they bully.

These women know at first hand the trauma of becoming pregnant from rape, and the stigma attached to children who are conceived in this way. They say that women like them they are too-often silenced by the stigma and shame they feel, and that only the rapist, who is a criminal, should feel this stigma. They say that Ireland’s pro-life laws protect women and that abortion fails woman and fails babies. 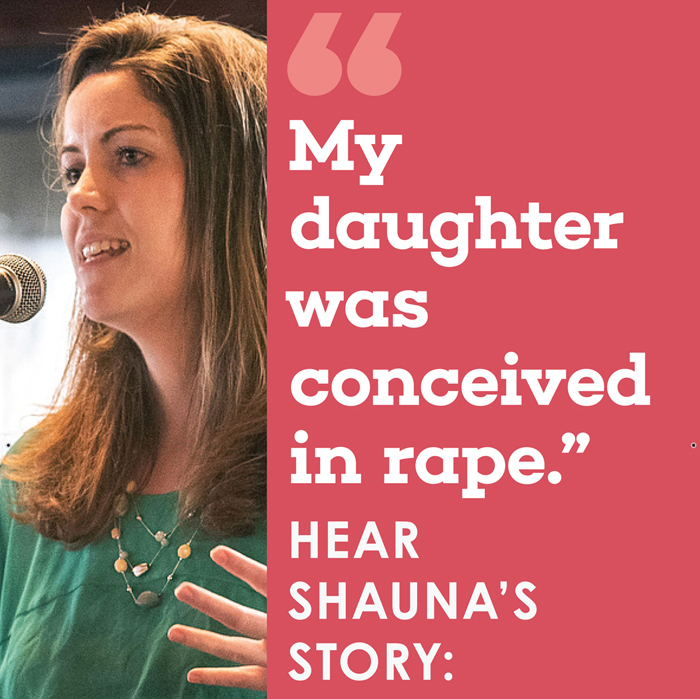 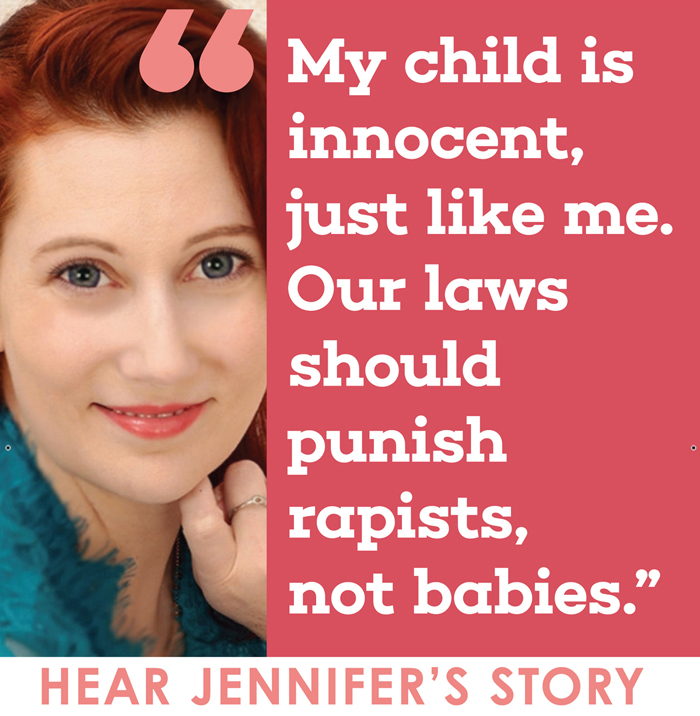 Rebecca Kiessling was conceived in rape. She explains: “I was conceived in rape … I am no less of a human being, worthy of love, and deserving a right to life.  She says that society’s misconceptions and lack of understanding forces women and their children to feel stigma and shame. “Many people make an assumption that a ‘real’ rape victim would have had an abortion, and, shamefully, women are sometimes doubted or questioned if they chose life for their child.“ 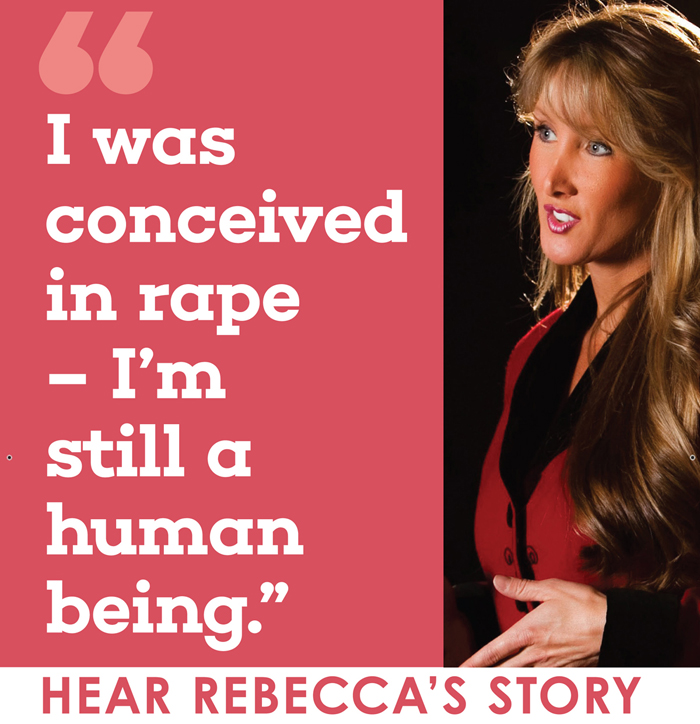 Next week, these brave and inspiring women will come to Ireland to share their stories, and to explain why they believe abortion is not the answer when a child is conceived in rape.

They will speak at two major public meetings in Dublin and Cork on September 28th and October 1st as guests of Unbroken Ireland – an initiative which gives a voice to those impacted by pregnancy after rape, and seeks a better answer than abortion for women.

Laura Ní Chonghaile of Unbroken Ireland says that the debate around abortion, and the 8th amendment, in Ireland, has almost never heard from those actually impacted by pregnancy from rape.

“Our voices are never heard, and our children are stigmatised, but we will no longer be silenced. For too long, society, motivated only by misguided compassion, has assumed that abortion is the only answer, when the needs of women in this situation are complex, and we must be heard,” she said.

She said that previously,  Miss C, the rape victim who case attracted so much public attention, had now spoken out to say that, for her, the abortion was harder to deal with than the rape. “Most women are fearful of raising their voices, but women were drawing courage from each other, and the Unbroken Ireland meetings will be an important step forward,” she said.

“We hear all-too-often that rape victims need the 8th amendment repealed, but we hear nothing from women like us who have been directly impacted by pregnancy from rape, and who want a better answer than abortion,” she said. “Abortion would have hurt me more, I needed to be safe, to be cared for, and my daughter deserved that too.”

Contrary to what was previously believed, pregnancy from rape is not as rare as society imagines. According to the Dublin Rape Crisis Centre, most women who become pregnant in this way go on to have their baby.

“We hope the Unbroken Ireland meetings will start a real discussion around what women need, and about ending the stigma and shame too many women have felt when the only person who should feel shame is the rapist,” said Ms Ní Chonghaile.

Unbroken Ireland’s guests will speak at the  “Ending the Silence: women impacted by pregnancy from rape speak out” meetings in Dublin and Cork as follows:

DUBLIN: The Spencer Hotel, IFSC, Thursday, 28th September, 8pm. (Near the Convention Centre on the quays)

See link here for directions to the hotel